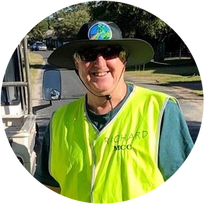 Richard has been a member of MKEG for more than 30 years and has been enjoying holidays, boating and scuba diving in Port Stephens for even longer. Richard’s interests are in sustainable natural, man-made and economic systems. He believes that while progress in our area is inevitable, it should not completely override the natural environment which attracted people to live here in the first place.

Richard has a BSc in Applied Science and a Graduate Dip Environmental Science. Richard worked in Biological Sciences at Sydney University briefly and spent most of his professional career travelling the world as manager of a branch of an international scientific instrument company.

​Richard is now retired and living permanently at Hawks Nest. 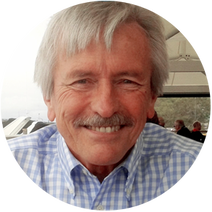 Ian has been the secretary of MKEG since March 2003.

Ian was born in Cronulla (NSW) and attended the local school then Scots College. After initial jobs as clerks at P&O and the TAB, Ian worked for IBM for 28 years before becoming an independent consultant in the IT industry for a few years.

Ian and his wife, Gail, retired to Winda Woppa, Hawks Nest in 2002. Ian became involved in a number of local community groups, including MKEG, where he trained as a koala rescuer. Ian and Gail took on the rescuing duties for the next 12 years until handing over to the next rescuers.

A main role that Ian continues to fulfil is keeping records of koala sightings on the Myall Coast, which are vital in understanding koala population trends as well as key koala locations and movements. Ian also prepares many of the submissions on behalf of the group about environmental and development issues to local, state and federal governments. 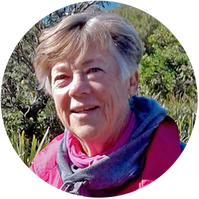 Trish was lucky enough to spend her entire childhood in the bush and on the beach of the southern shores of Port Stephens. So, retiring into the Tea Gardens Hawks Nest area in 2015 with husband Gordon has brought her full circle, back into a significantly unspoilt bush and water paradise.

Completing a BA Geography, including units of an Environmental Assessment and Management Degree in the Nineties, supported and increased Trish’s understanding and knowledge of all things environmental. Living and working in different locations, states and overseas has only strengthened her appreciation for this beautiful and unique coastal region.
​
Being involved with MKEG means that Trish can contribute to the challenge of retaining the natural integrity of the flora and fauna of this area in the face of ever-increasing urban development and human recreational activities. Currently the volunteer coordinator for the monitoring of nesting little tern and shorebirds along Winda Woppa and Corrie Island allows Trish to retain a deep connection with the natural rhythms of the Myall River and Port as she kayaks out to Corrie with fellow volunteer monitor and bird photographer Sharon Taylor throughout summer.
​
Trish finds it a pleasure to work with a group of like-minded, enthusiastic people who volunteer their time to further the aims of MKEG 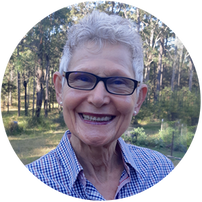 ​Adrienne and her husband migrated to Australia in 1988 and moved from Sydney to Tea Gardens on retirement in 2012.

Adrienne was a nurse and midwife for more than 40 years in the UK, USA, Papua New Guinea and Australia, which included volunteering in PNG and being seconded to help with both the displaced Kosovars and East Timorese.

Adrienne joins many environmental webinars and Zoom sessions as a great way to learn, share knowledge and connect with others interested in sustainable land management and conservation activities.

​As well as MKEG, Adrienne is an active member of organisations including Bitou Busters, the little terns’ group, the Picitup litter solution program, Dolphin Watch, Birdlife Australia, Land for Wildlife and Landcare Australia. 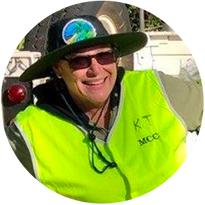 Kit has been a member of MKEG for more than 30 years and her father, John Crawford, was also a member for many years. Kit was coming to Tea Gardens and Hawks Nest in the 1960s and has seen many changes to the local environment, and not all for the better.

​Kit believes that over-development and increased traffic are the biggest threats to what remains of our flora and fauna, especially the koalas.
​
Kit has an MSc in Zoology and Physiology and worked for the University of Sydney in Biological Sciences, Medicine and the Macleay Museum Natural History Collection. 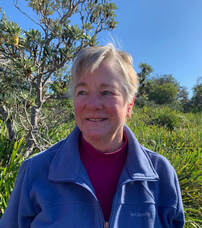 ​
Jill has always had an interest in the environment and was a foster carer and volunteer with the Australian wildlife rescue organisation WIRES and Sydney Wildlife for more than 10 years.
At that time she was active in local Bushcare and completed a Certificate 3 Bush Regeneration course at Ryde TAFE.

After moving to Tea Gardens Hawks Nest 20 years ago she joined MKEG in 2003 and continued to advocate for sustainable development, protection of flora and fauna and the value of people power to make this happen.

​Jill has been a past President and coordinates the local Bitou Busters bush regeneration group. 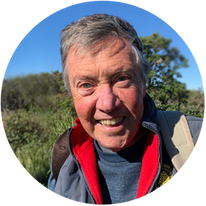 Peter completed a B Building at NSW University in the 1970s and designed and built both domestically and commercially in Sydney for more than 30 years.

​In 2000 Peter designed and built an eco-retreat with six cottages on 100 acres adjacent to the Myall Lakes National Park.

This was a “voyage of discovery” into the world of sustainability, including solar power, water storage, onsite sewerage treatment, recycling and reuse.

​Living in the bush with the wildlife has given him the appreciation of what we need to preserve.
Sensible, sustainable and aesthetically pleasing development is his passion, and care for and of the environment, is an obvious side benefit. 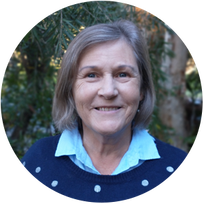 Jane has been a member of MKEG for more than 10 years and feels we need to care for the environment around us more.

Jane worked as a Preschool Teacher and focused on enriching children's knowledge of the environment, focusing on many natural activities, recycling and sharing diverse cultural experiences.
​
In her home life this has followed on with family, loving to have their hands dirty and enjoying walks along the beach and bush to see beautiful wildflowers, native animals and birds.
​
Jane recycles and repurposes items and is involved in making the local Boomerang Bags which she loves giving to friends and family. Composting is another favourite, as gardening is a big interest for her, especially her garden full of native plants, trees and cottage plants.

Jane is a firm believer in having many adventures big and small, enjoying life now and educating family and friends in the importance of the simple things in life. 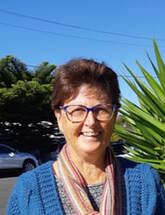 ​
Debbie joined MKEG in 2019 after she and her husband moved to Tea Gardens
from the Central Coast.
​Debbie has always had a fascination and interest in animals of all kinds and
is especially keen to be involved in anything to do with koalas.

Some of her other interests are bushwalking, camping, cycling and getting out in nature. Travelling overseas and seeing so much over-development and pollution
​really highlighted the importance of protecting and appreciating what we still have and raising awareness for this important cause.
​
It distresses her to know that koalas are endangered due to a variety of reasons and she would like to think that the group’s pro-active approach is making a difference. 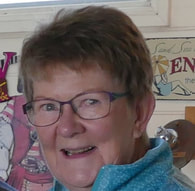 Judy grew up with the Royal National Park on the doorstep​ and spent lots of time
exploring the bush and waterways and was encouraged by a scout master father’s
love of the natural world.

Judy’s working life was in banking, mostly in the Lake Macquarie, Newcastle area
after leaving Sydney. She was a member of National Parks Association
in Newcastle for 20 odd years and a committee member for around 5 years.
Judy was also a member of Ramblers and spent a lot of time bushwalking
and backpacking with both groups.
​She was also involved with Landcare, Lake Macquarie for eight years.

Judy retired to Tea Gardens in 2014, joined Bitou Busters and a year ago the MKEG. She has also been involved in the Dolphin Count and the Whale Count.
​
With a deep love of our natural environment, Judy is eager to see it stay that way and to be working with like-minded people as threats continue. 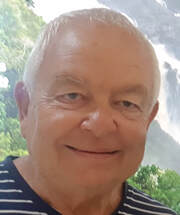 ​Rob was born and lived in the Newcastle and Lake Macquarie area until retiring
to Tea Gardens in 2015. He worked in Ship Building for 25 years prior
to opening his own business in engineering and drafting, specialising
in mechanical and structural engineering.

Both Rob and his wife Judy were attracted to the natural beauty of the Myall Lakes area
​ and the strong community focus in Tea Gardens and Hawks Nest.

Rob joined the Bitou Busters in 2016 and MKEG in 2020 and he is the current secretary of the Tea Gardens Hawkes Nest Men’s Shed.

Rob is concerned at the increasing pace of development in the region and the need to maintain the character of the area and protect the precious flora and fauna.
HOME | ABOUT | SIGHTINGS | NATURE | EVENTS | GALLERY | USEFUL LINKS | CONTACT
​For any sick, or injured wildlife, phone Wildlife in Need of Care (WINC) on 1300WINCWL (1300 946 295)