​​On 28 September Sharon Taylor and myself kayaked from The Anchorage down the Myall, through the East Channel (or Short Cut) into Port Stephens and landed on Corrie Island. September is generally too early for Little Tern arrival, but resident shorebirds Pied Oystercatcher (POC) are preparing to lay for the season. Resident Beach Stone -Curlew have been breeding on the southern side of the Port, but are regularly seen along the Corrie Island shore.      Migratory shorebirds, most prevalent and numerous being Eastern Curlew, Bar-tailed Godwit, Whimbrel, and Grey-tailed Tattler are arriving from the Northern Hemisphere for their non-breeding season lay-over.
We counted a pair of POC on the Mound at Winda Woppa (WW), one of which was sitting on a nest with 2 eggs (with a masked lapwing on a nest nearby).  On Corrie Island there were 4 pair of POC and 1 single. There were practice scrapes, mating and defensive behaviour among the pairs. In the river there were 2 Grey-tailed Tattler. On the sand islands at the mouth of the short cut 19 Eastern Curlew and 44 Bar-tailed Godwit were counted. (Full counts in table 5)
By our next visit, almost 3 weeks later on 18 October, the migratory bird numbers had swelled. We didn’t see the WW POC, but there were 10 on Corrie and the Little Tern had arrived.
In less than four weeks nearly all the Little Tern had abandoned their nesting sites on Corrie Island, with only a handful of eggs laid. We made two more trips to Corrie to check on eggs but the few that remained were untended. The data from all trips is condensed into the tables that follow. We conclude that severe weather episodes persisting over several days, human presence and fox predation (evidenced by fixed camera shots and paw prints through the nesting sites) contributed to the LT moving elsewhere. No LT attempted nesting on the sand mound on WW this year. Thanks to Ann Woods for her observations of shorebirds in this location.
In December we discovered from Kath Howard – Threatened Species Officer with NPWS, that Little Tern had been observed on the Worimi Conservation Lands (WCL) midway along Stockton Beach. Keen to find out where the initial influx of LT on Corrie Island had gone, we became involved in the monitoring of this colony. I joined the first systematic monitoring of the area on 22 December with Brad Nesbitt – Field Researcher contracted to NSW NPWS.
We were transported to the remote site midway along Stockton beach by WCL Officers Jamie Tarrant, Stacey Freeman and Karly Greentree.  They were very keen to participate in the monitoring of breeding LT. One or more of the team very kindly accompanied us and assisted on our subsequent trips until 25 January.
​
Photos below show the Worimi Little Tern nesting site: photo1- Jamie Tarrant and Trish Blair. photo 2 - nest with new chick and two eggs yet to hatch. photo 3- 4wd tracks inside the signed and partially fenced are, just missing a nest with 2 eggs. photo 4 - A well camouflaged 'runner' chick about 1-2 weeks old.                                     Photography be Kath Howard 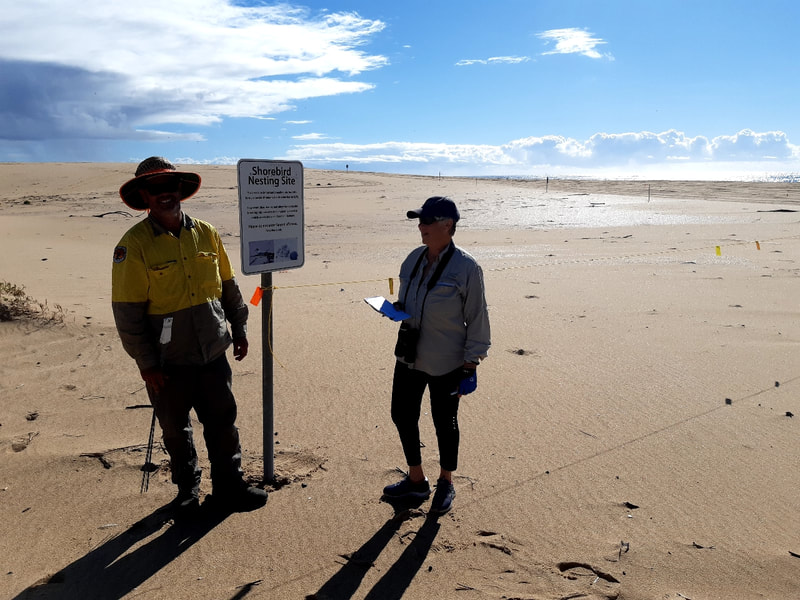 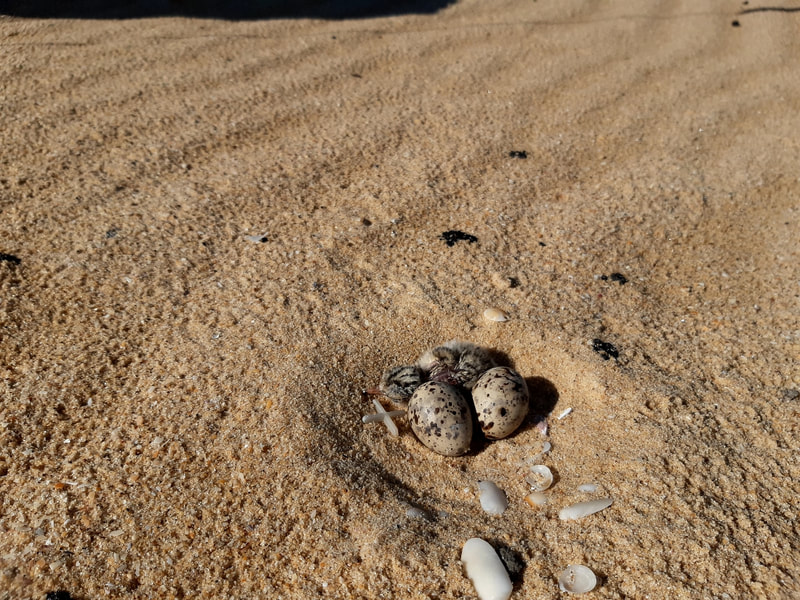 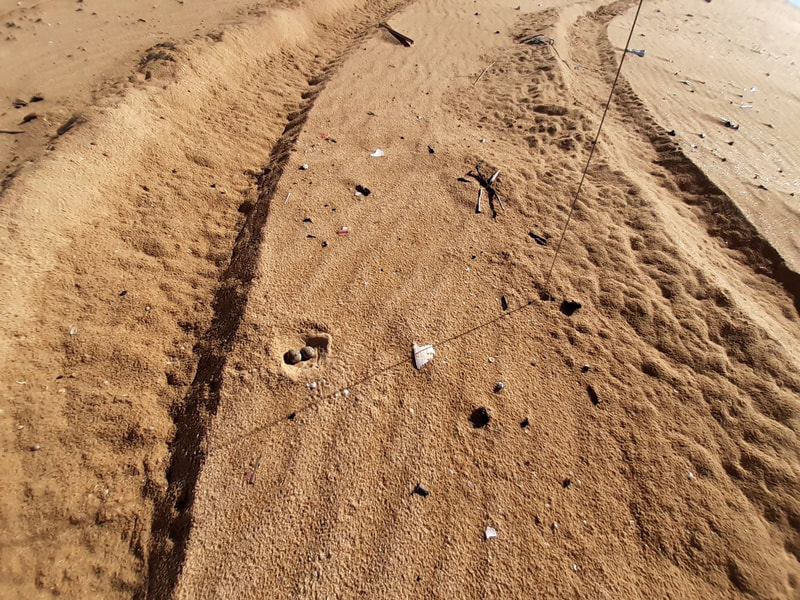 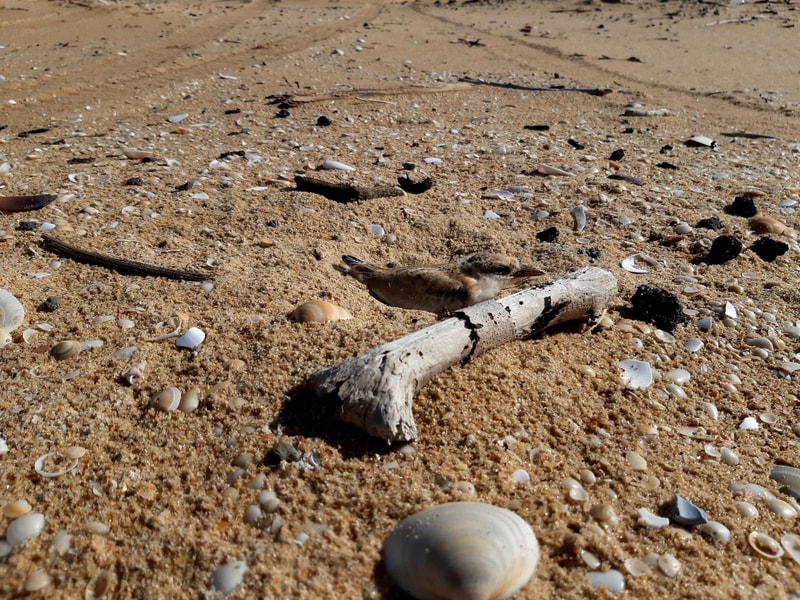